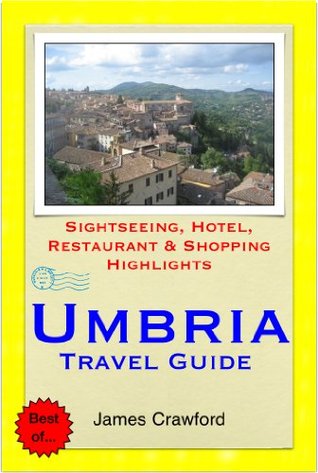 A relatively small landlocked region with less than a million inhabitants, Umbria is proud of its magnificent setting. But as if the landscape itself isn’t reason enough to visit, sprinkled around Umbria are about a dozen of ancient classical towns perched on hills, each one with a distinct character but all safeguarding their rich artistic and architectural heritage.Umbria’s name hails from the tribe Umbrii – possibly the oldest one in Italy – that controlled the land which is now Umbria as well as parts of today’s Tuscany and La Marche.

The Umbrii influence is mostly felt in the eastern part of the region, while the western part (including Perugia and Orvieto) has an Etruscan-inspired history, hence the more somber atmosphere.The Middle Ages in Italy were marked by bloody battles between the independent city states, causing the Umbrians to retreat into the fortified towns. But after many years of warfare, the region stagnated over a period of multiple centuries only to be rediscovered recently.

Foreign purchases of local rural property have increased significantly - much like they did in Tuscany a few decades ago - but the identity and cultural tradition of Umbria remains untouched.Perhaps the most known fact about Umbria is linked to the city of Assisi as this small town is the birthplace of the well-known St. Francis of Assisi. This spiritual influence has often resulted in Umbria being referred to as the ‘land of saints’, perfectly complimented by the mystical landscape and the peculiar Umbrian light.Most visitors start their Umbrian adventure in the capital Perugia and almost all make a stop in Assisi.