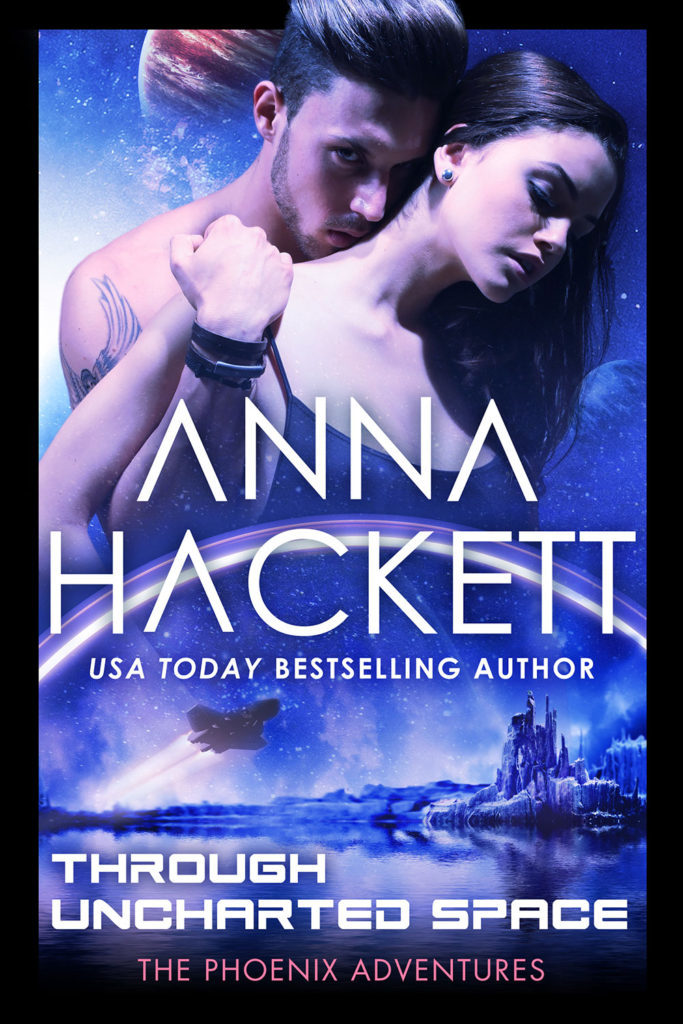 A deep-space convoy master who demands everyone follow his rules...and the stowaway scam artist who’s never met a rule she wouldn’t break.Dare Phoenix runs his convoy with absolute control. In uncharted space, lives depend on it.

When one plain,... MoreA deep-space convoy master who demands everyone follow his rules...and the stowaway scam artist who’s never met a rule she wouldn’t break.Dare Phoenix runs his convoy with absolute control. In uncharted space, lives depend on it. When one plain, dowdy woman comes aboard, his gut tells him that something is off about her. Soon there are assassins on his ship, sabotage, and people dying, and Dare discovers his drab passenger is definitely not what she seems. Instead, he uncovers a smart-mouthed scam artist who defies him at every turn.Dakota Jones is a survivor.

Life has taught her that if you don’t grab what you want, someone else will snatch it away. Tired of having nothing, she’s stolen a map to the location of an immense lost treasure from Earth and she’s going to find it. Okay, so maybe stealing the map from a deadly terrorist group wasn’t her best decision, but now she just needs to dodge their crazy followers, hide out on the Phoenix Convoy, and find a way to decode the map. Easy, right? Wrong. As soon as she sets eyes on the sexy, in-charge Dare Phoenix, she knows she’s made a terrible mistake.Dare and Dakota strike sparks at every turn…but with her life in danger, she reluctantly agrees to join forces with Dare to find the treasure.

But every step of their adventure is dogged by danger, and the biggest threat they face is getting burned by their incendiary attraction. On this hunt, they will find themselves going beyond their depths, tested to their limits, and deep in uncharted territory.Note to readers: This sci fi romance contains a lot of action (think assassins, space terrorists, underwater adventures), cool offsiders (some sexy brothers) and a steamy romance (lots of sexy times between a bossy man and a smart-mouthed scam artist). This is treasure hunting sci-fi style. So if you like it fast, and fun, and sexy, this is for you!Includes preview of the Hell Squad book, Marcus.Q & A with the AuthorQ - How would you describe the Phoenix Adventures series?A - Treasure hunters in space!

A few readers have said its like Indiana Jones set far into the future. All the books in the series are fast, fun thrill-ride treasure hunts for old Earth artifacts. There is lots of action, adventure, space opera, and of course, romance. Im thrilled the books in the series have won so many awards from a SFR Galaxy Award for Most Fun New Series to a Prism Award for Best Futuristic Romance (On a Rogue Planet) to the Romance Writers of Australia Romantic Novella of the Year (Beneath A Trojan Moon).Q - Why did you want to write the series?A - I love action, adventure and romance. And I love science fiction romance and all the endless possibilities.

Combine all that with a fascination with ancient artifacts and the Phoenix Adventures were born. I really wanted to capture what the expeditions of old must have felt like - trekking through jungles or desert sands and stumbling across crumbling ruins. Since all the good stuff has been found nowadays, I looked to the future and jetted off into space.Q - What order should I read the books in?A - All the Phoenix Adventures books are stand-alone adventures - many readers have entered the series with later books in the series.

However, characters from the early stories do appear in later books, so I think it adds something to the reading experience to read them in order. Heres the order I suggest:- Among Galactic Ruins (prequel)- At Stars End- In the Devils Nebula- On a Rogue Planet- Beneath a Trojan Moon (novella)- Beyond Galaxys Edge- On a Cyborg Planet (novella)- Return to Dark Earth- On a Barbarian World- Lost in Barbarian Space- Through Uncharted Space

Comments
Comments for "Through Uncharted Space":